Young adult football fans are being forced to stay away from attending matches due to the excessive prices of match tickets, reports James Murray

Arsenal membership holder, 18-year-old Billy George, blames his dwindling love for the sport and his club on the cost of match ticket prices. Billy is a lifelong Gunners fan, who has owned a membership at the Emirates Stadium for the last seven years, but he now feels himself and other young football fans are being priced out. 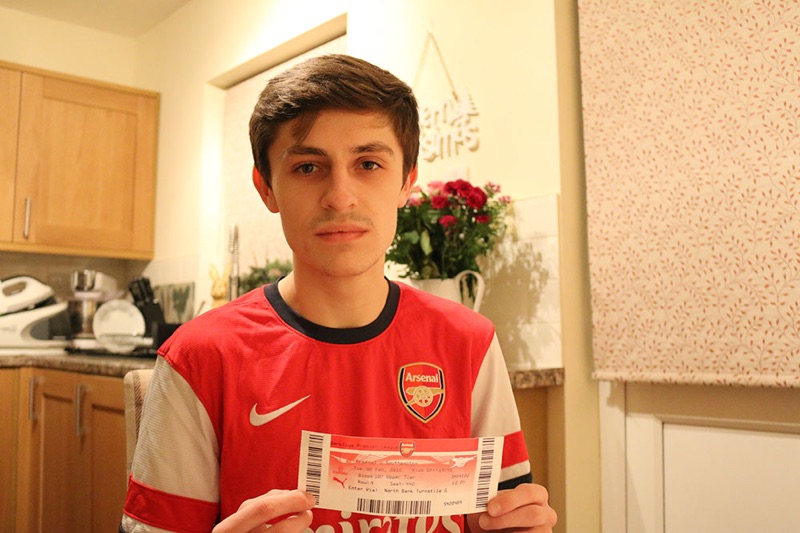 “Me and my friends have been going to games together for the last few years, but ever since I turned 17 and the Junior Gunners Membership was no longer available to us, the cost has been ridiculous. A membership for this season set me back £39, and I have only been able to afford to go to two matches so far, so it’s a waste really.”

“I am only 18, I have to pay the same price as an adult with a full-time job, which isn’t fair at all – it can be anything up to £95. It’s so frustrating, I love Arsenal and there is nothing better than going to a live game, but I just can’t afford it.”

Billy is just one of a number of passionate football fans up and down the country who feels as though they are being penalised and pushed out by expensive match tickets.

The BBC recently published their annual ticket Price of Football study, in which they provided data collated from over 200 football clubs across Britain. The results showed that almost two-thirds of the participating clubs had either reduced their ticket prices or kept them the same over the last year.

However, figures provided by the Premier League show that, of season tickets sold this year, only 4% of them were to young adults.

In a statement, the Premier League said: “Clubs engage with their fans in many ways and hugely appreciate their loyal and passionate support. For young fans specifically, all clubs offer concession prices, including discounted junior season tickets.”

I recently conducted an online survey on ticket prices, in which 71% of the 100 fans involved, stated that they were below the age of 25.

The results showed that 81% of the participants believe that match ticket prices are not reasonable, and 58% said that the cost of tickets puts them off attending games.

A resounding 70% of the respondents said that they have previously owned a season ticket at a football club, but now only 28% of people still have one.

Football Supporters’ Federation chair, Malcolm Clarke, said: “The Federation has long argued that ‘young adults’ feel priced out, with those in the 18-23 range disproportionately in lower paid employment or education – yet they are often expected to pay full price.

“These are formative years and we want football clubs to do everything they can to retain supporters of that age – a relatively small ticket subsidy now could secure the club a match-going fan for life.”

Managing Director of Dagenham and Redbridge, Steve Thompson MBE, who was rewarded for his services to sport and young people, said: “There are many other things people can do on a Saturday afternoon, but by attracting young supporters, they will remember their experiences for life.

“Many residents and youngsters find it difficult to afford even the prices we charge and unless we can try and offer affordable prices, supporters will simply be unable to attend. ”

Football is widely known across the sport as the beautiful game, but, for Billy and the next generation of fans, it just simply is not affordable.