Although we may now be looking ahead towards the new Premier League season, I have decided to take a look back at last season and make my own judgement on which individuals deserved awards. This will feature a few different additions from the generic awards given out, such as the most improved player, signing of the season and best youth player.

Player of the Year – N’Golo Kante

As well as having been named PFA Player of the Year, N’Golo Kante is, without doubt, my player of the season. The Chelsea midfielder had another excellent season and was everything Antonio Conte wants in his players. His high energy and fearless attitude was huge in the high-press tactic Chelsea played with, as he never gives his opponents a moment on the ball. Kante averaged 60 passes a game and managed a remarkable 89% pass success rate. Player of the season often goes to someone who either brings goals or assists – but, even though the stats may not show it – Kante does play a huge role in creating and preventing several goals. He is my player of the season.

So proud for such a honour! So amazing. As I always said, it’s a team work: thx to my teammates, @ChelseaFC members and all the fans. pic.twitter.com/4tQXf1ROXH

Manager of the Year – Antonio Conte

Sean Dyche and Eddie Howe deserve a mention on this front, following great seasons for their respective clubs – but this one was pretty straightforward, to be honest. Conte was the standout manager by a mile, he was tactically fantastic, his attitude was always positive, and he created a very tight-knit group amongst his Chelsea players. After a shaky start to the season, Conte reverted back to his favoured formation and his side never looked back from that point onwards. Although Conte had a clean bill of health throughout his squad for most of the season, he still did an outstanding job. Next season will be undoubtedly harder for the Blues’ boss – but the Italian will be well up for the challenge.

This one could have gone to any one of several players, most notably Eden Hazard, Victor Moses, Antonio Valencia, or Heung-Min Son – but this one has to go to Bournemouth’s Josh King. The striker had an unbelievable second half of the season, scoring 14 goals in his last 19 appearances, and 16 in total. The previous season King only managed 6 goals, and most people either didn’t know who he was or wondered why he was in a Premier League starting lineup. However, in the season just gone, King took the league by storm, with a number of energetic displays and a deadly eye for goal – a huge improvement on the previous campaign. 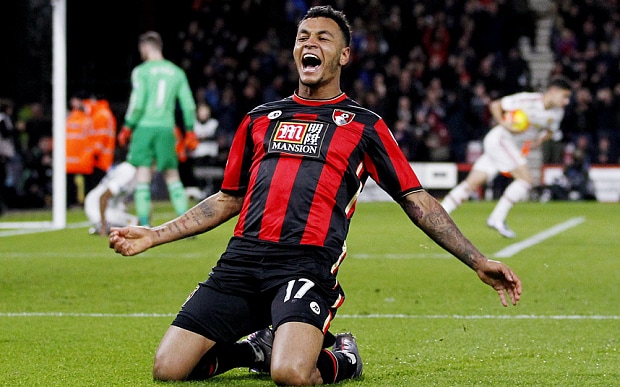 The Man City keeper had a season to forget following his big move from Barcelona. After Pep Guardiola deemed Joe Hart to not be up to his standards, Bravo was seen as the perfect man for the Spaniard’s style of play. However, the Chilean had a disastrous season, making mistake after mistake, and proved that he is pretty shoddy when put under pressure. His form was that poor that he only featured in 3 of the last 16 games. City have already acquired a replacement for Bravo ahead of next season, in Brazil keeper Ederson from Benfica.

Signing of the season – Zlatan Ibrahimovic

Despite a rather sour end to the season after picking up a serious injury, Zlatan Ibrahimovic was the best signing of the season, particularly because it was a free transfer. The Swede was an absolute menace to opposing defences; his strength on and off the ball posed a steely challenge. Alongside that, Ibrahimovic was forever dangerous with the goal in sight, claiming 17 goals in 28 matches. It is bitterly disappointing that we will not be seeing Zlatan in the Premier League again this upcoming season, following his release from Man United – but what a season he enjoyed over the last year.

Zlatan was the signing of the season (PA)

This is yet another award which could have gone to a few players, in particular, Fernando Llorente after his goals kept Swansea up, Boro’s Ben Gibson, or Zlatan again if I hadn’t already given him signing of the season. I have gone for Sane, though, after the German showed a number of excellent displays. With 5 goals and 5 assists to his name, the stats don’t fully represent how good Sane was this season. The winger’s off-the-ball movement, combined with his speed and skill on the ball, proved to be a nightmare for a number of the Premier League’s best defenders. After a solid first season in England – Sane will only get better over the next campaign.

The Everton youth had a fine first season in the Premier League, managing to nail down a starting place in a good Toffees team. Still only 18-years-old, Davies played in 24 games this season, scoring 2 goals and supplying 3 assists. His goal against Leicester in April was the joint-fastest in the Premier League this season, at just 30 seconds. The youngster made several lung-bursting runs from midfield throughout the season and proved he could handle himself up against many of the big boys. At Everton’s end of the season awards, Davies was named the young player of the year and also won the goal of the season and performance of the season honours for his role in the victory over Manchester City.

Goal of the season – Emre Can v Watford

The goal of the season award was a close-fought battle between Henrikh Mkhitaryan, Olivier Giroud, Andy Carroll and Emre Can – but it is Can who can have this one. The midfielder doesn’t usually chip in with too many goals, however this one absolutely tremendous. The reason Can’s goal gets the nod from me is, Mkhitaryan’s and Giroud’s strikes were more luck than anything else, so it was a toss-up between Carroll and Can. Whilst Carroll’s goal was also sublime, the way Can was on the move, delayed his run, and then directed the ball into the top corner made his goal that bit harder and just gives him the edge.

Here are a few of the best goals of the season:

There is no doubt in my mind that former West Ham man, Dimitri Payet, claimed the best assist of the season. If you can’t quite remember the assist, it was an audacious rebona attempted cross to the back-post, where his teammate Michail Antonio headed in. It’s a shame we won’t be seeing any more skill like this from the Frenchman after he decided to return to Marseille in January.

Save of the season – Simon Mignolet v Stoke

Simon Mignolet’s heroic stop away at Stoke is an easy choice for save of the season. From point-blank range, Mignolet managed to stop a goal-bound effort from Saido Berahino, with the ball appearing to already have gone past the Belgian. Not only was it a great save, but with Liverpool only winning the game by one goal, it goes down as a match-winner. And with Liverpool finishing just a point above Arsenal in fourth spot, you could say that save was crucial in them gaining Champions League football. A bigger save than you may have first thought, eh.